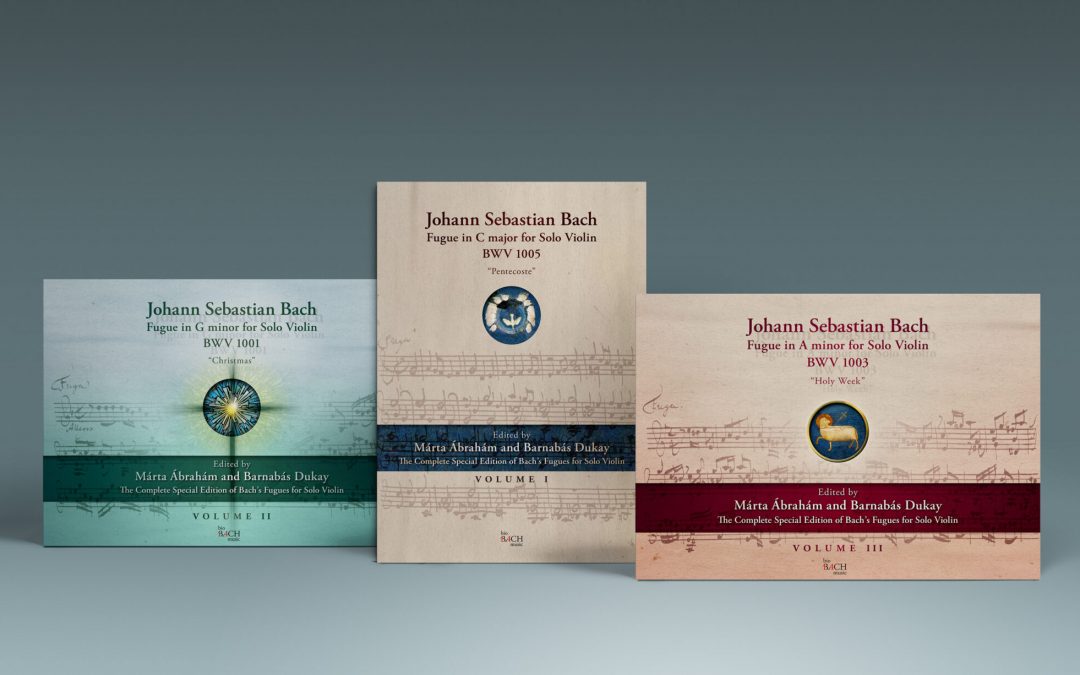 The new publication edited by violinist Márta Ábrahám and composer Barnabás Dukay is a real world premiere. The authors are professors of the Liszt Ferenc Academy of Music, Budapest, well-known for their Bach research. Their first book Excerpts from Eternity was published in 2017. The work is an analysis of the Chaconne, and it reveals a special hidden time-code, that has not been discovered for 300 years.

In 2021 they released a special sheet music series, which is now recognised globally as one-of-a-kind.

The festive publication of J. S. Bach’s Complete Special Edition of the three Fugues for Solo Violin is curated by publisher BioBach-Music biobach.com. The work contains sheet music based on a thorough analysis in which „every note is accounted for”. The analysis is manifested in a special visual image: coloured notes and layered by voices. The sheet music is complemented by a list of themes, illustrations and explanations. The music graphic was created by Eveline Meier, a Swiss violinist living in Budapest, who graduated with a degree “Summa Cum Laude” at the Liszt Ferenc Academy of Music as a pupil of Márta Ábrahám in 2020. 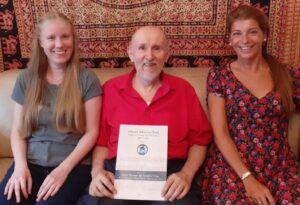 The first volume of the Complete Special Edition is a sheet music and a poster of the Fugue in G minor “Christmas” (BWV 1001) with a supplement of the themes’s list. The second volume is the Fugue in A minor “Holy Week” (BWV 1003) and the third is the music of the Fugue in C major “Pentecost” (BWV1005).

Many are preoccupied with the question: what is the character of Bach’s extraordinary musical nature, the genius of his masterpieces?

Are these consciously constructed creative works, or a product of special, superhuman abilities activated by a divine spark – or a combination of the two?

If we want to get closer to Bach’s music, we need to understand the symbolic meaning and the original concept of his works. His fugues are very similar in length, scale, and proportion to the construction of large Gothic cathedrals. Their spirituality represents the hierarchy of the created world’s existing order, proclaiming the glory of God. In Bach’s hands, cosmic proportions are transformed into music at the highest artistic, intellectual and spiritual levels. There is order in Bach’s music. However, organisation is not always visible, as it lies mostly below the surface. The precise arrangement of the musical materials is, in fact, the result of an architecture formed by contrapuntal methods from the different layers of the music’s colourful, polyphonic texture. Bach often hides, and in many cases combines musical contexts into coded symbol-systems. Notes are embedded in complex mathematical and combinatorial connections and intertwined systems like twisting vines. They form networks of context that carry transcendent and theological contents beyond music. So it is clear that the Master’s musical language is very complex. Zoltán Gárdonyi aptly summarises the extraordinary nature of Bach’s music, answering the questions asked earlier:
“J. S. Bach’s canon and fugue constructing technique is an outstanding model of conscious and planned artwork. This editing technique involves the almost inexhaustible possibilities of logically expressed musical ideas through polyphonic processing.” It is incredibly exciting to discover a part of the world that no one has seen before. The joy of acquiring knowledge is always at the intersection of order and chaos. The analysis and editied sheet music of Ábrahám and Dukay offer such an enlightening experience, a key to understanding Bach’s fugues. Their revolutionary new method of analytical and visual representation is developed for educational purposes, and it is unique in the world.

The essence of this coloured notation is its visual appearance. It shows the specific structure of the fugues in such a way that the individual voices appear separated and highlighted with the use of coloured notes. Musical materials differentiated in this way (themes, contersubjects, strettos, inversions, etc.) beautifully illuminate this hierarchical layout and make musical processes logically traceable. The colour system clearly shows the power relations and proportions among the voices, together with the perfect balance of vertical and horizontal elaboration. By recognising the composer’s directing principle, the structure of Bach’s fugues – which are unique in each case – becomes transparent, making the composer’s special formal solutions understandable.

Useful and interesting information can be read in Volume I. The authors provide information on the topic of terminological issues of fugue-analysis and devote an entire chapter to the basic knowledge of the fugue form.

“I think that musicians who have the patience and the proper background can benefit greatly from the book Excerpts of Eternity. I myself found the poster synopsis of Ciaccona particularly informative. I have never looked at the piece in such a way. To have the entire scheme of 4-measure variations in front of you is a true eye and ear opening experience. The book illuminates beautifully both the great complexity of Bach’s compositional work and the unparalleled elegance of his musical language” said Prof. Christoph Wolff (German music historian, Bach-scholar, former director of the Leipzig Bach Archive) on the book Excerpts from Eternity.